Sharks come is a wide variety of shapes and sizes, but there are some things they all have in common. The skeleton of a shark is very different from that of other fish. It is made from rubbery cartilage, a tissue lighter and more flexible than bone. Like other fish, sharks breathe by extracting oxygen from seawater as it passes over their gills which are in a row behind its head. Their skin is tough and scratchy, covered in tiny toothlike scales. All sharks have multiple rows of teeth along the edges of their upper and lower jaws which are constantly replaced throughout the sharks life. Some sharks can lose 30,000 teeth in a lifetime. 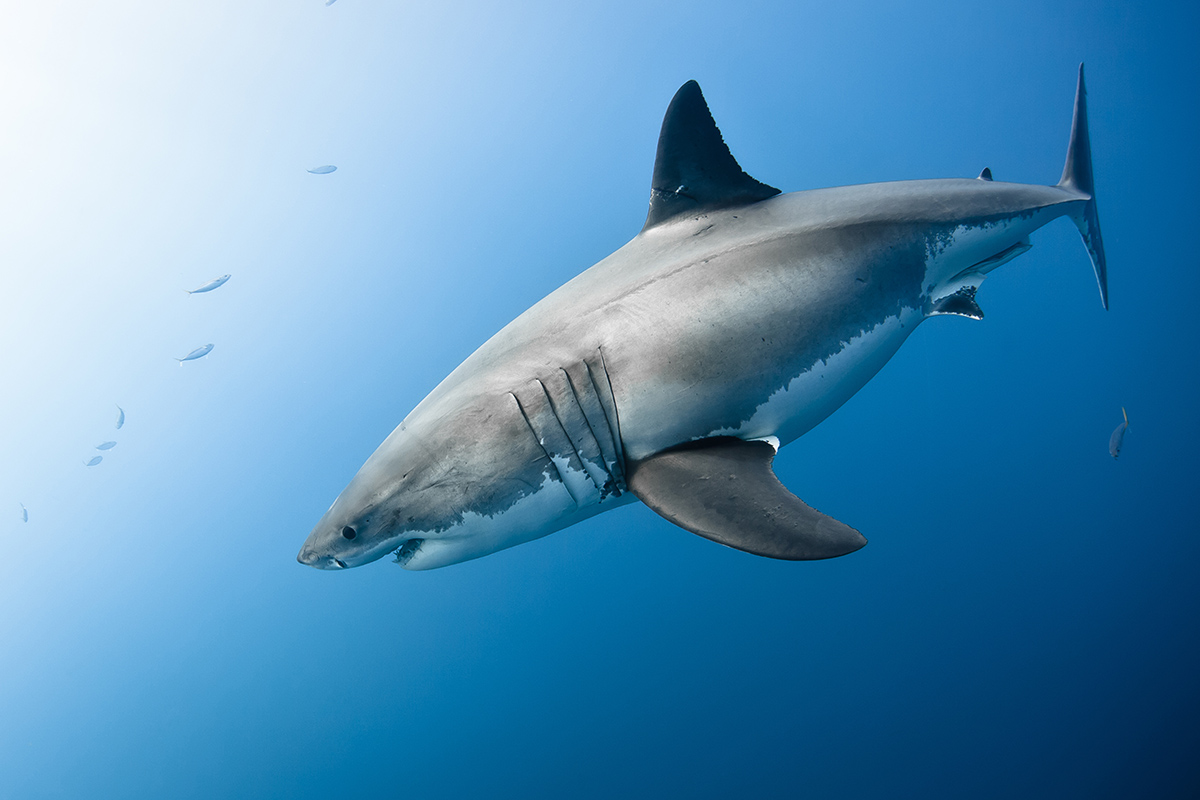 Where Do They Live?

Sharks live in all depths of water, all over Australia. They are not only found at the beach but also in rivers and canals.


Why Are They Dangerous?

If a shark bites you, it does a lot of damage and causes you to lose a lot of blood.

How to Avoid Them?

Shark attacks are very rare and if you follow our safety tips, the risk is even less. The safest part of the beach is the area between the red and yellow flags where trained lifeguards keep a sharp lookout for sharks. If they spot a shark, lifeguards will sound a siren or ring a bell, put up the red and white flag and tell you to leave the water immediately. Always follow their instructions quickly.

If lifeguards have seen a shark in the area, they will put up safety signs and flags. Always look out for these and obey their warnings. Don’t swim after dusk, at night or before dawn when sharks are most active. Never swim alone. Never swim while bleeding or with your pets. Sharks have an excellent sense of smell and will come from far and wide to investigate these smells.

There are other places that aren’t good for swimming if you are trying to avoid sharks. Don’t swim in murky waters, estuary mouths, canals, near schools of fish or where fish are being cleaned. Do not swim near or interfere with Shark Control Program equipment.

Many patrolled beaches along the coast have nets suspended in the sea just beyond the surf line. Their job is to capture very large and possibly dangerous sharks that try to reach beaches. You might see a line of white marker buoys beyond the waves that mark the nets — stay away from them.


What to Do If You Get Hurt

Get the person out of the water when it is safe to do so and call 000. Apply pressure to stop the bleeding and provide CPR if necessary. 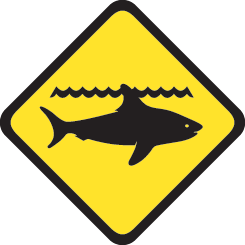